A downloadable game for Windows, macOS, and Linux

Lily is a newly appointed paladin sent to investigate the appearance of undead near a village. Her search leads her to an old castle that is known to have been long abandoned, but there are lights visible and the drawbridge is closed.

Being new to her order, she has a desire to prove herself a capable paladin, thus she decides to find a way into the castle and destroy the source of the undead, but doesn't realize the evil she is ultimately about to face.

Key bindings can be customized by pausing, opening the menu with X / Square / J and then selecting Settings, then Controls.

I was enjoying it until I got to the part where you're supposed to dash and it didn't work at all, with kb or my controller even after changing controls to something else. Pretty disappointing.

why wont it load?

does it really take so long?

really awesome demo. has the chops to be a great game. it's a shame that it won't see the light of day for a long time, if at all.

played the demo, can't wait for the full game!

Quite enjoyable. I hope you keep working on this. This reminded me quite a lot of the old Castlevania series, as well as the newer Bloodstained Ritual of the Night. Managed to complete the demo in about 20 minutes. Might even have to record it at some point.

I'm sorry, I wanted to enjoy this I really did, but you need a better control scheme or at least allow us to remap to sensible controls! (why can't I remap left/right movement?)

I went to the menu to change the controls, the options slided to the right and are no longer visible. The worst is that I pressed some keys and probably changed the jump control, because now there isn't a key that will make the character jump. Also i have problems when i try to click on exit game on the menu because nothing happens. I'm attaching a screen, I'm running it on mac... 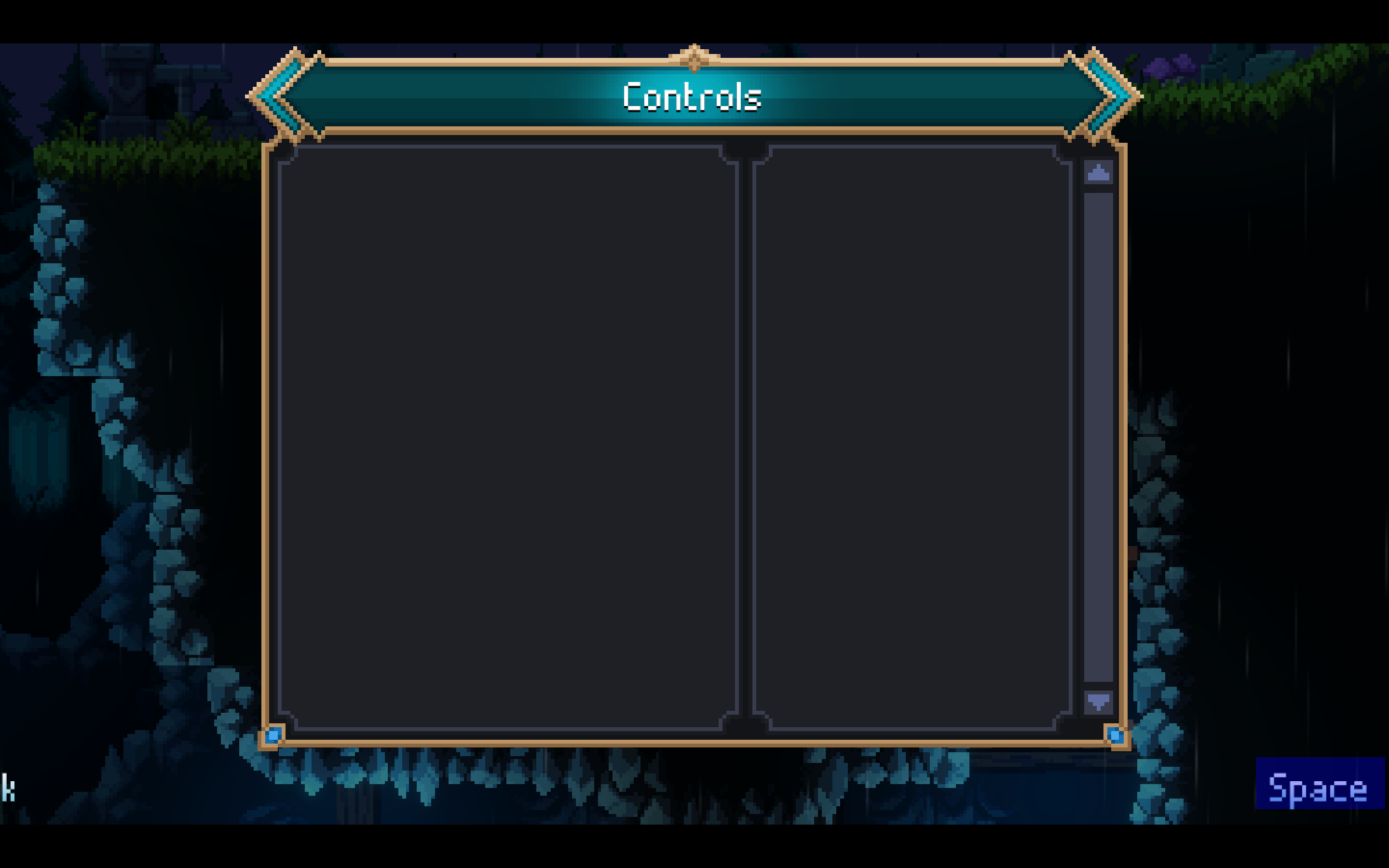 This is impressing me so far - the soundtrack is fantastic, and really adds to the experience.

Nice little homage to the Castlevania franchise. It's also a dope thing to see the hearts being used for the character's health, which makes me think of Zelda when I look up at them. The only issue I have is not being able to destroy enemy projectiles with the whip - which I hope would be considered at some point in development. May the game's development reach completion sometime in this year of 2020.

So far, I'm rather enjoying this game: it feels fun to play, and the controls, while a bit out of my usual experience, work well enough I think. ^_^

That said, on my machine at least, the game doesn't seem to save: using a save-point claims that a save has been made, but on restarting the game I only see apparently-unused save-slots. :/

I'm also seeing some minor graphical glitching near the bottom of the screen; nothing that seriously hinders play, but enough to be noticeable.

In case it helps, I'm using a dual-monitor setup, and my system specs are as follows:

This game is really cool and it controls fantastically!! If you wanna check out my play of it ill leave it here, Great job This game is amazing.. very mega-man and castlevania eske.   https://www.youtube.com/watch?v=jgN5pHRf23U

Hi Duck Block Games, when will this game be ready for release? I'm looking forward to playing it when it comes out :)

search on the internet for update 1.3.4, this one doesnt work

not playable, stuck on loading screen 64bit and 32bit

hey i was able to play its FRIGGING AWESOME so far!!! PLEASE ADD MORE!!!!

A fun little DEMO. Waiting for the full game.

This owns SO much 🌸

Can't wait for the final game! Wish you luck in development!

I seems something went wrong when exporting the current Linux build (v1.4) - when trying to load or start a new game it will be stuck at the "Loading..." screen.

Apart from that: I loved the previous versions, I'm really looking forward to the full game!

I did a video with the most recent build (v1.4). Played great, but as I keep mentioning in the video, I worry it'll play too Castlevania when all's said and done.

Hi there, I had first started playing this game about a month or so ago, and finally sat down to complete it in one sitting.

The game was enjoyable to play, had some wonderful rock music to accentuate the underground mine and castle backgrounds, the instructions for using each new magical attack work in sync with the changes to the controls, and kudos to using a female character as the protagonist :)

Aside from the remappable buttons not working for the J button (if you switch the attack button to something other than J and then want to change it back to J, you can't), there's a little typo when the purple lady decides to make a strategic withdrawal/retreat.

Even though I couldn't locate all the remaining treasure boxes, it was still helpful to have them displayed i the map for later backtracking.

All in all, I look forward to playing the full game when it's released :)

I did a spotlight video on this game about a week ago. It was a really good demo! The effort and love is there and I can't wait to see if Duck Block Games does make it into a full fledged Castlevania-type game!

There's a similar issue with jumping.  In those games listed above, jumps' vertical momentum stops immediately when the jump button is released, which allows for very precise attack points in mid-air.  In Forsaken Castle, jumping floats beyond the target point.

Switching directions in the air doesn't work quite the same way, but this might be due to the horizontal acceleration/deceleration.

Played through it; very fun game!  As a fan of Aria Of Sorrow, Dawn Of Sorrow, and Portrait Of Ruin, I'm excited to see where this game goes.  I would buy it with the right feeling of character control. 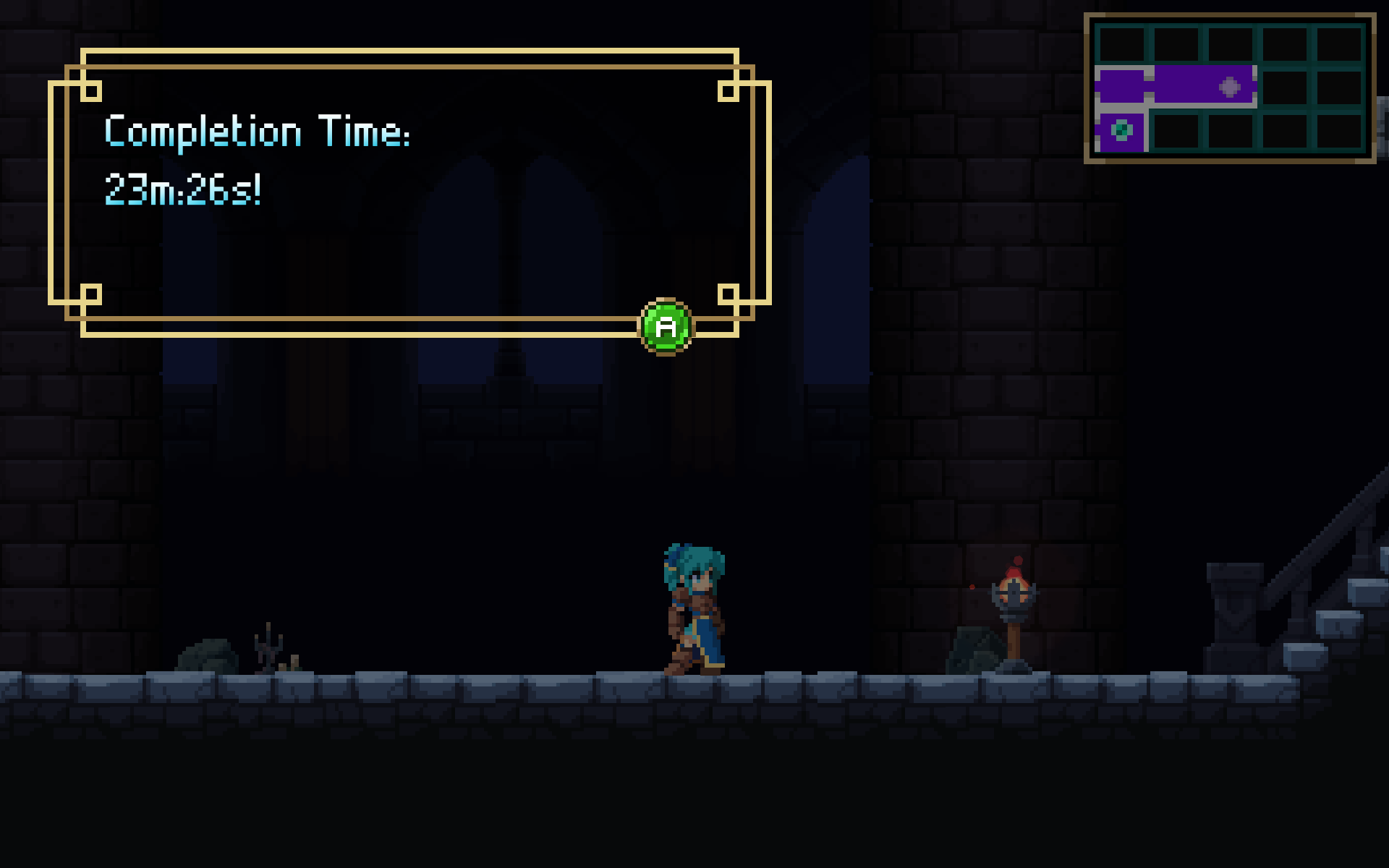 Played it on my show Indie Game Roundup (Starts at 54:07 if embed isn't working). Very promising so far!

Reply
Raithias2 years ago
I made a part 2 of this game as, I didn't want it to drag out and, I really enjoy what Duck Block Games has done with this. If you are like me a kid of the 80's and, want some Castlevania Nostalgia with a brand new concept or, if you are new to that type of games and, may enjoy side scrollers you won't want to miss out on this game!
Reply
MADGaming2 years ago

Real fun! Great demo ive always loved these types of games! i had a blast and cant wait till the full game is out! Cant wait till see all the abilities in the full release!

Really looking forward to the full release of this game. Very impressive.

Forsaken Castle is all the fun of a Castlevania game and all the exploring of classic Metroid, but without the frustrating difficulty of either! Mellow music and an anime character style lighten the overall tone of an undead riddled game, but do not hinder enjoyment in any way. From a well crafted level design and background providing depth to the areas you traverse, to the easy to use controls, everything in this game seems to work very well. It even has hidden treaures! (Though I couldn't find them all...) This is a fine work overall, especially for a Pre-Alpha.

Good job, devs. You made a nice thing and I'm interested in seeing more.
Reply
Kjeld2 years ago(+1)

Good game, i enjoyed it while it last.

Thank you for the good game. And update that game. I wanna play more. I wanna see how this story ends!

No words, there's no words to describe how beatiful is this game. Oh, i found them.

This is really cool! I'm excited to see what else is going to be added! 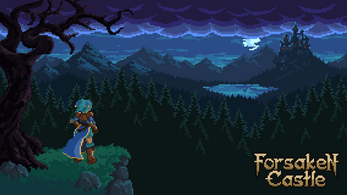 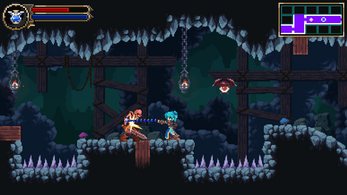 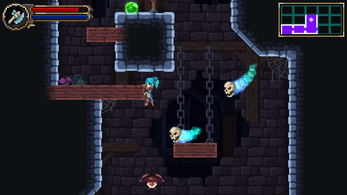 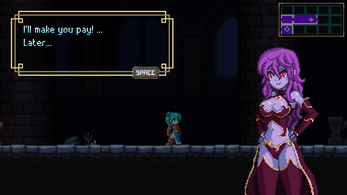 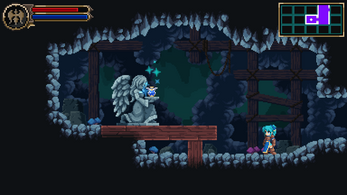 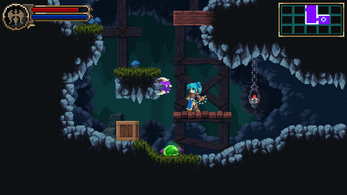 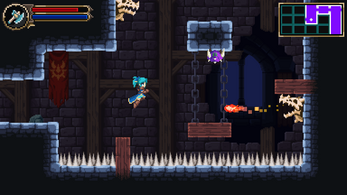 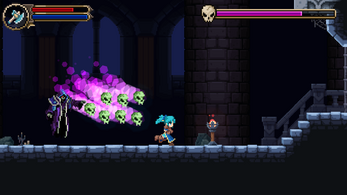 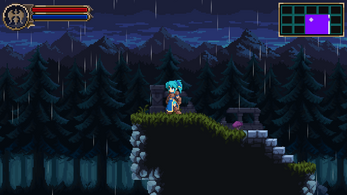 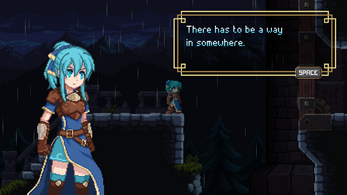 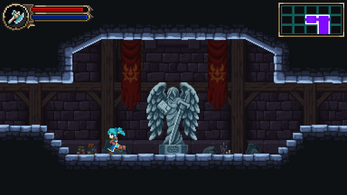 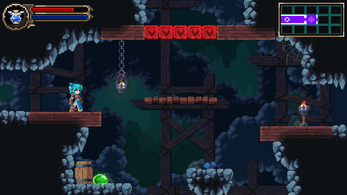 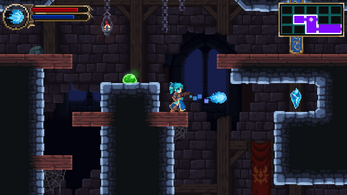 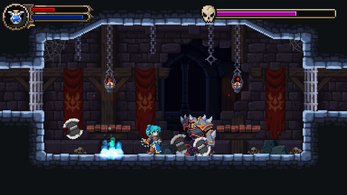